I have to confess that although I loved Antigonish and the area surrounding it I was happy to pack up and leave my charming motel!  As I mentioned before, the electronic invoice I received included a note from the manager’s husband to the manager saying I was not to be allowed back…I was disrupting!  I did stop at the office to call her on this before I left and she claimed that comment was about someone else…bad business either way!!  So…moving on. This post will also not show comments/posts in order of when I stopped.  I need to get in the habit of coding the files so I know in what order my stops were so I can post them in order but either way, it is beautiful country.

One of my stops on the road to Moncton was Five Island Provincial Park.  Five Islands is the name of a town in NS with a population of 300 located on the north shore of Minas Basin, home of the highest tides in the world..  From the shore you can see some of the islands off the coast.  Five Islands is named after the five small islands – Moose, Diamond, Long, Egg, and Pinnacle.  I could not get a shot of all of the islands because I had only taken one lens out with me. There are some great history stories on the internet about this area, especially the Indian lore of how the Five Islands came to be…you should check it out! 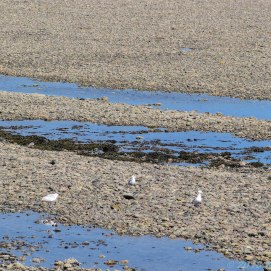 Once again while driving along I came upon a field of horses…they are so majestic I have to stop.  Have I mentioned I am allergic to horses?  I get get too close to them and I can’t touch them or I will have difficulty breathing but that doesn’t stop me from wanting to stop and photograph them.

At one point during the day I was driving around looking for some place specific and could not for the life of me find it.  My sister called me at one point during my search so I pulled over to talk with her. She was asking what I was seeing from where I was parked…I saw a camel!  Seriously, a camel.  There was a kids petting farm in the lot beside and behind me.  I told her the highway sign that was in front of me and she started googling…I had no idea what town I was in but she figured out I was going in the wrong direction and needed to get back on the highway.  I did and I never did find what I was looking for but I did see a sign for a place called Knot on the Bay…I figured…its a bay…I love water!  HAHAHAHA…joke was on me .  There was no bay!  There was a store called the Masstown Market where you can purchase fish/groceries/gift shop with a boat shaped restaurant attached called Knot on the Bay and a “lighthouse” above and you could climb to the top of the lighthouse.  I decided to get lunch and chill.  The place was unbelievably crowded so I toured the store and lighthouse before venturing out to order food.  In the back of the property there was a gated area where there were dogs and puppies.  This area was attracting a large number of children.  When I ventured out to order my food I lucked out by grabbing one of the last tables available.  I really didn’t want to have to go eat in my car. My notes say this location is in Masstown but also Debert…I think Debert NS is correct.  Oh…and let’s not forget…they have a blue lobster at the top of the lighthouse!  There is a kind of museum up there and it includes that unusual blue lobster! As you can see from the pictures there was a young man there with lovely red hair!  I loved it! 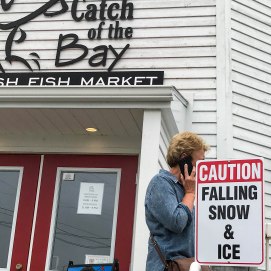 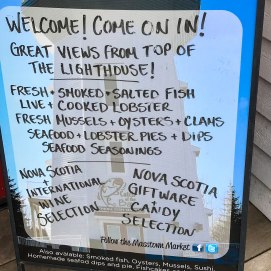 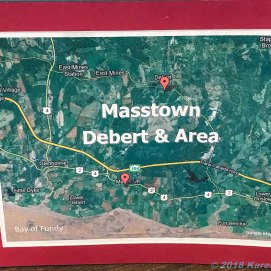 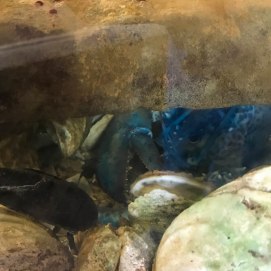 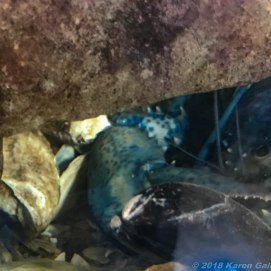 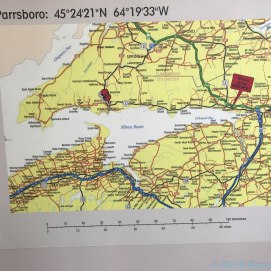 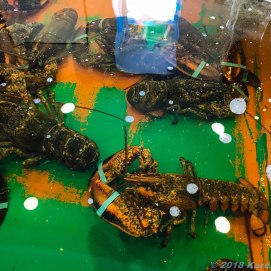 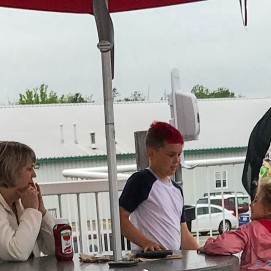 I stopped at two beaches during the course of the day…neither had a name that I could find.  One was in Five Islands and the other in the town of Economy…yes, that is the name of the town!  Though there were no signs announcing the name of the beaches there was water and water will always call my name.  The unknown beach in Economy had no road…well, it had a road but it turned into an open rocky area that eventually lead down to the water.  When I got as far as I dared to there (because I was concerned the tide would come in before I could find my way back out) was a camper set up.  Three kids came out when I stopped…the oldest was maybe 14 and there didn’t seem to be any adults around.  I didn’t want to make the kids nervous so I headed in the opposite direction when I got out of the car.  I think they were living there and their parent’s were probably at work.  Beautiful spot to park your home! 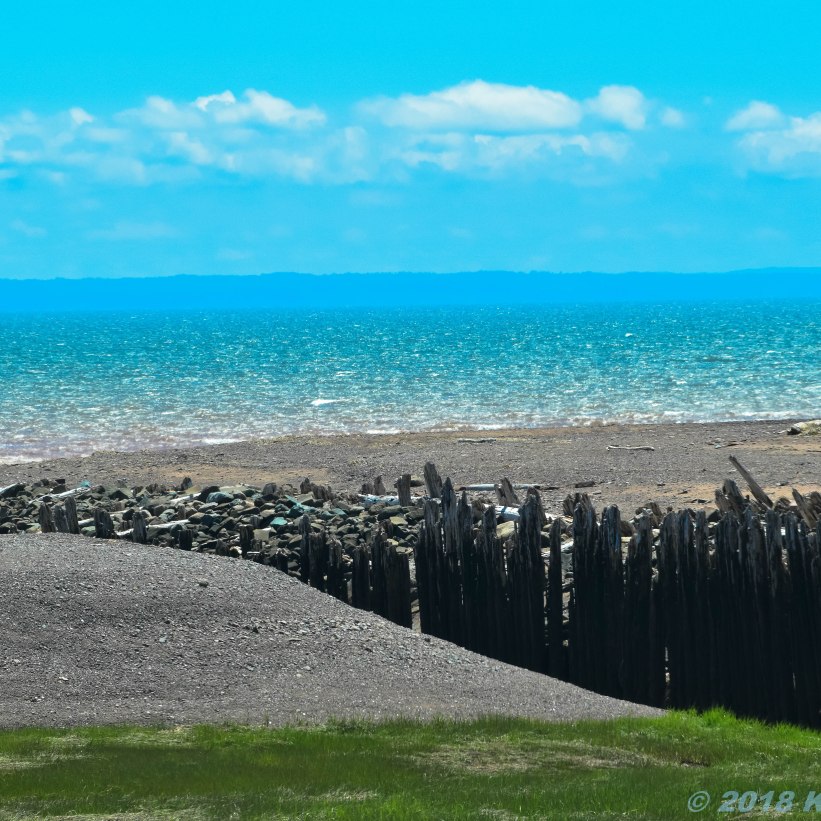 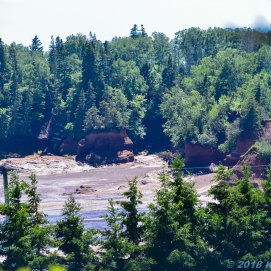 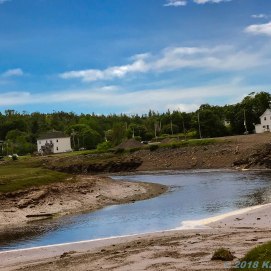 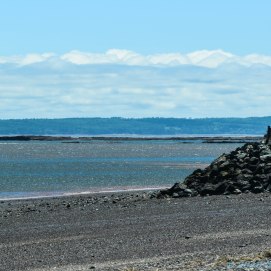 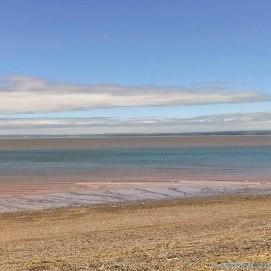 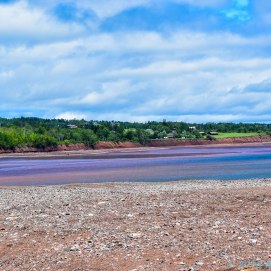 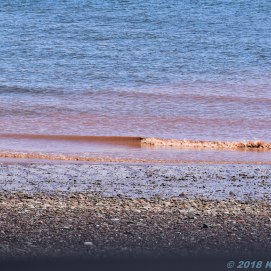 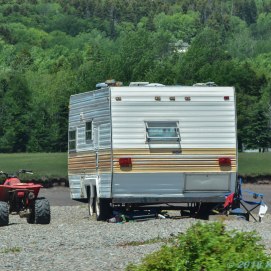 Before showing you the lovely town of Parrsboro, I am going to share some pictures that I got driving from Antigonish to Moncton.  Like most drives on a road trip there are always interesting things to see.  In this case, water (of course), stained glass, murals, lighthouses, my idea of cool buildings and flowers.  I love a good drive! 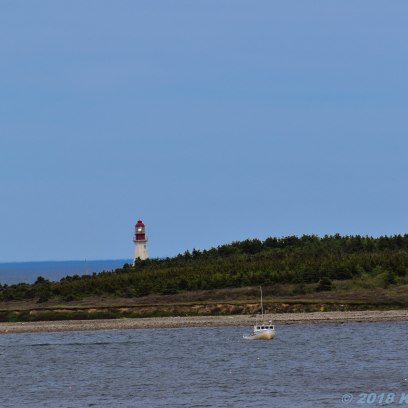 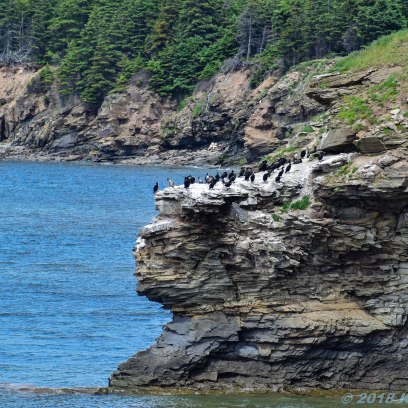 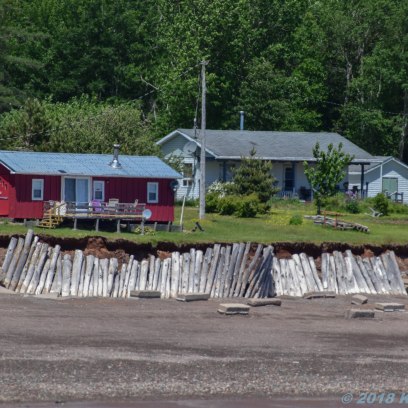 My main mission of the day was stopping in Parrsboro to check it out.  My oldest sister is very much into genealogy and told me that we had family that came from this area.  I was curious to “feel” where my ancestors came from and I was hoping to be able to find a cemetery to see if I could find any familiar names…I was running out of time and never did find the cemetery but I did enjoy checking out the town.  Some day I may go back or because my children’s father’s family is from here too perhaps one of them will come back here and check it out.  Their father’s family is part Micmac.  They are the original natives of the Nova Scotia/New Brunswick region.  They were part of the confederacy that controlled northern New England and the Canadian Maritimes.  They settled in Quebec, Newfoundland and Maine.  My ex grew up a good portion of his youth in Maine and lives there now.  I’m not sure about their father but I know my children and at least one of my grandchildren is quite proud of being part Indian. Parrsboro even had a lighthouse! 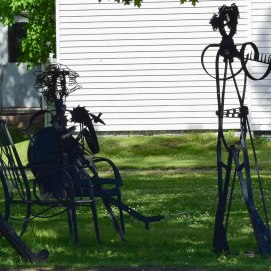 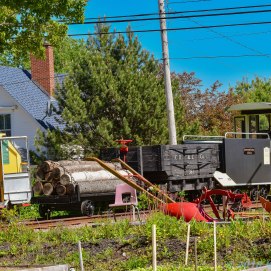 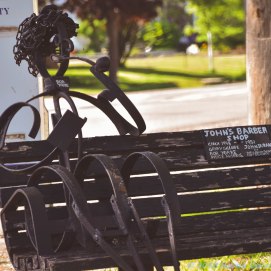 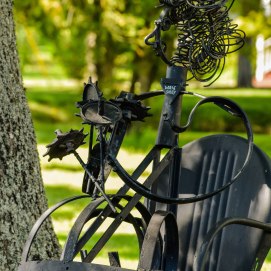 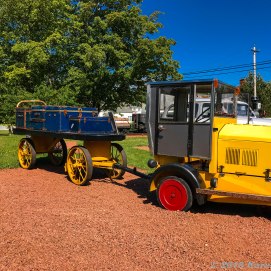 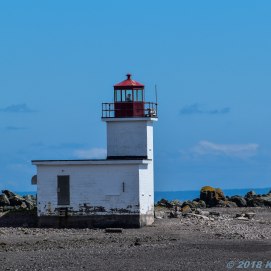 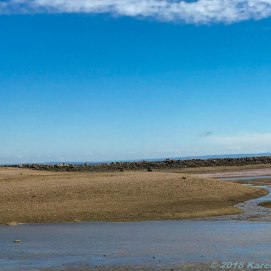 We come to the end of the day.  I finally arrived in Moncton and checked into the Hampton Inn….I do love when I can find a Hilton Hotel!!  After getting everything set in my room I started checking TripAdvisor to see where I may go that was close to the hotel to get a good dinner.  I settled on The Keg Steakhouse.  I am here for two nights before I move on to Saint John NB.  Tomorrow, June 25 will be a down day…I desperately need it at this point! I felt quite spoiled to be staying here and treating myself to a lovely steak and lobster tail dinner.  The other plus to this location is that they provided a driver to take me to the restaurant and he gave me his card and told me to call him when dinner was over and he would come back to get me and bring me back to the hotel. 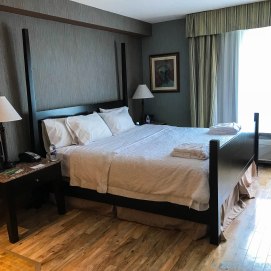 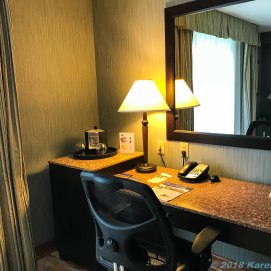 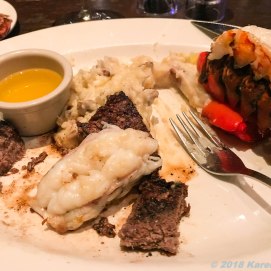 I wish everyone a good night’s sleep and I will be back tomorrow.  I am extending my stay at my sister’s a bit so I will have a little more down time to get caught up.

“Live your life by a compass, not a clock.” – Stephen Covey

Please be sure to stop by my website to see if I have anything that intrigues you!