Hi everyone…I settled into my sister’s for the week yesterday.  We got caught up on life since I was here at the beginning of the month and after a tasty dinner (I am not sharing what we had because very few family members would approve), and a little TV we settled in for the night.  All refreshed now so time to move along in the journey.

In addition to the stops in my previous post I had also stopped by Seal Island Light and the lovely town of Shelburne.  I had no set plans to stop but if you like lighthouses and lovely small towns, you must stop when you see signs along the way.  Strange that I saw very few people in this lovely town…hmmm! 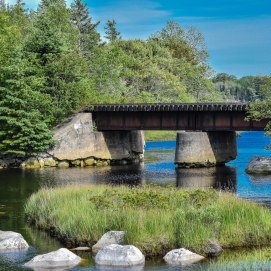 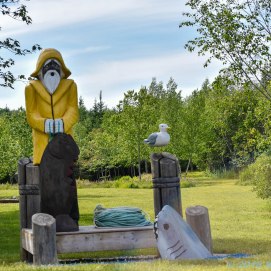 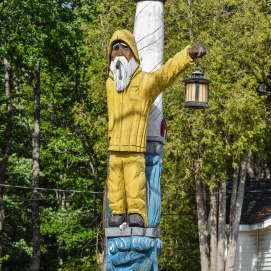 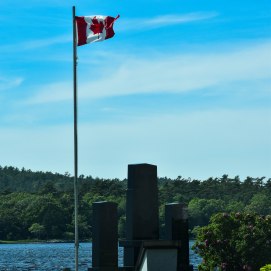 I had a small list of things to see once I arrived in Halifax.  After a long day of touring around the Yarmouth , the southern end of Nova Scotia and traveling north to Halifax once I arrived in all I wanted was dinner and a good night sleep.  The Best Western Chocolate Lake provided both!  A nice hearty meal, a good glass of wine and a comfy bed…a weary travelers idea of perfection.

This is unrelated to anything but I love these types of random things and this is my blog so I am going to share!

See..so random!  My sister says “dead dandelions look cool!”….She humors me so well!  She also Googled Dandelion…did you know it is french for Lions Tooth? The collection of seeds is called a “Parachute”, “Blowballs” or a “Clock?”  I never realized how many stories were out there about the simple dandelion…I always thought it was just a weed that had a bitter taste if you chewed on the stem or leaves…yes, I did that when I was a kid!  The most interesting thing we discovered is…”Most modern admirers consider it a symbol of fighting through the challenges of life and emerging victorious on the other side. Others use it as a visual reminder of the sun’s power, especially when depression or grief makes it hard to stay sunny.”

I don’t think I will ever look at a dandelion the same way again!  I now actually find it powerful and peaceful.

Ok…back to the road trip though I must say I feel slightly more educated than I did when I woke up this morning.

The rest of this day, June 21, 2018, is devoted to Peggy’s Cove.  When I was making plans for areas that I may want to visit during the course of this road trip and what routes to take to get back home one of my sister’s suggested I make a point of stopping in Peggy’s Cove and Parrsboro…Peggy’s Cove because of what the residents did for travelers around 9/11 and Parrsboro because that is where my family came from and my (first) ex-husband’s family…more about Parrsboro later.

The people of Halifax, including Peggy’s Cove opened their homes (as did many people across Canada) and gave comfort and a roof to many stranded travelers from the United States and the world.  I wanted to see and meet some of these friendly people who opened their homes.  So off I went…

If you want to know how Peggy’s Cove got it’s name, there are many stories out there but I find the versions on the following page the most interesting –

The TRUE Story of Peggy of the Cove

I took a lot of pictures on the way to Peggy’s Cove and while there.  I arrived just before the “Golden Hour” and stayed an hour or so past sunset.  There was a loving little fishing area there where the boats were moored and a few fishing shacks.  There was nothing about this area that I did not love.  I had just wished I had arrived earlier so I could have seen a little more of the area and had dinner in the restaurant right on the water there. 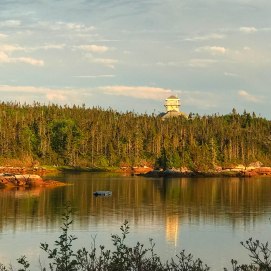 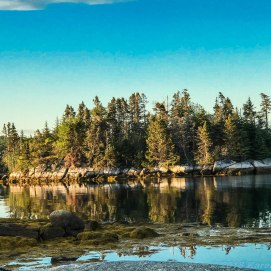 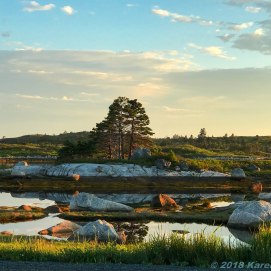 As I was walking across the parking lot it was getting very close to the Golden Hour…I had to keep stopping to take a few pictures and of course, dodging people who were also attempting to get those shots.  I was not surprised at the number of people who were there for these iconic lighthouse and sunset pictures.  Surprisingly, I was able to get many images without people in them!  I did wish that I had thought to bring my tripod.  Though there were not many level surfaces having the tripod would have helped stabilize the images more. 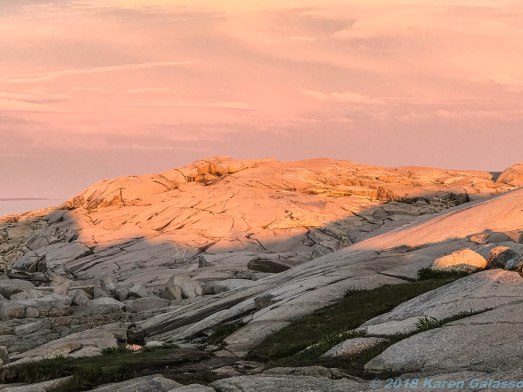 During the Golden Hour, sunset and afterwards I wandered around the area and saw what I thought would be amazing memories of my visit and of course having a camera in hand began shooting away…so many cool things! I am a simple creature and see the beauty in most everything. 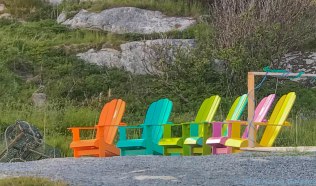 And of course, you can’t be near the water without having puddles and puddles equal reflections!  I personally love reflections! 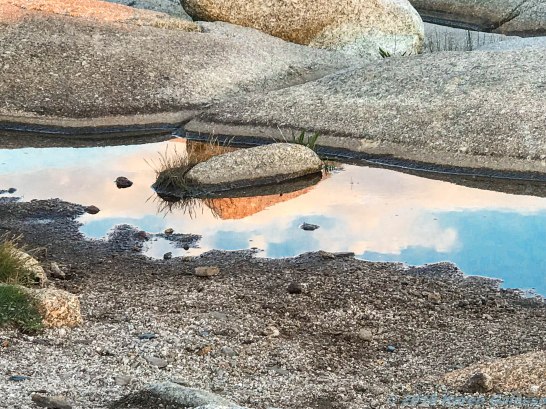 And finally….we get sunset!  Sorry there are so many but I am only posting 21 of the 78 I kept. 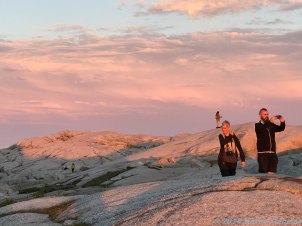 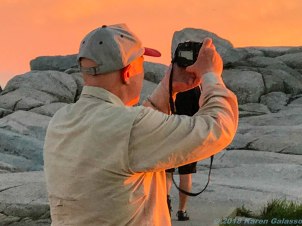 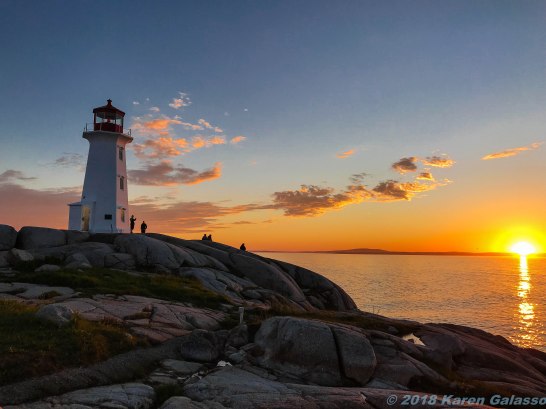 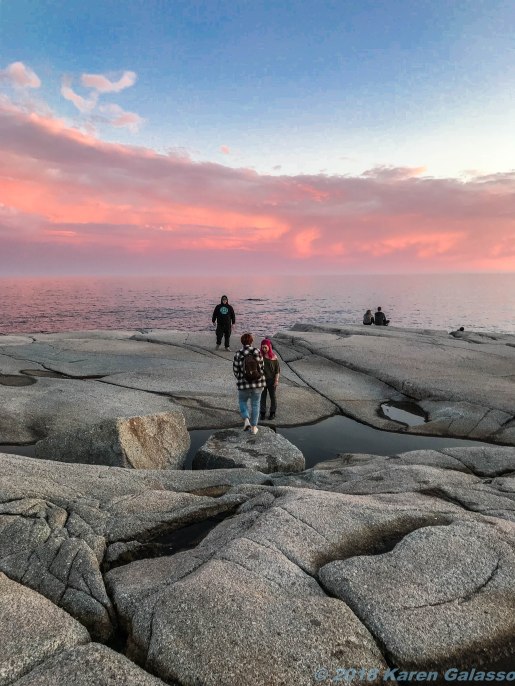 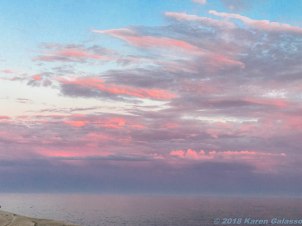 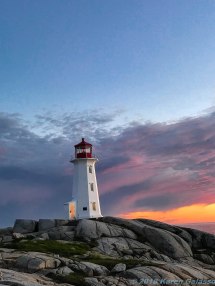 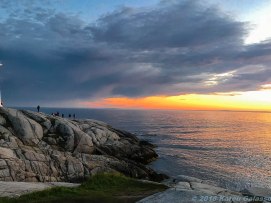 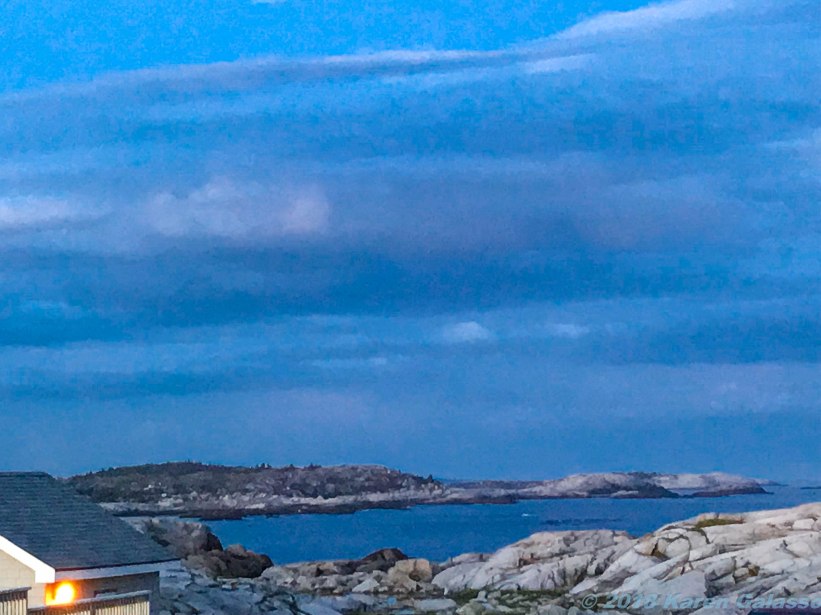 I got sidetracked a few times while writing today.  I started around noon time and it is now 4:30…I need to start thinking about dinner.  I hope you enjoy Peggy’s Cove and if you haven’t been there before my images encourage you to go!

I will leave you this afternoon with a quote (as usual) but also the link to my Loving Life with KMG Photography.  If you like my images I sell a lot of these on my website.  Shameless I know to be touting my own site but heck…I need to make a dime or two in order to continue to travel!

“Travel isn’t always pretty. It isn’t always comfortable. Sometimes it hurts, it even breaks your heart. But that’s okay. The journey changes you; it should change you. It leaves marks on your memory, on your consciousness, on your heart, and on your body. You take something with you. Hopefully, you leave something good behind.” – Anthony Bourdain

Come visit me at Loving Life with KMG Photography…